Adrian’s whole life revolves around music. It always has. 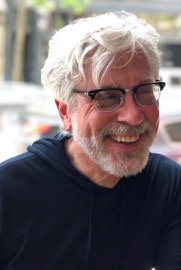 Trained as a musician and composer at Juilliard and Princeton, Adrian has a unique, global perspective on mastering. And let’s face it. The ability to keep your eye on the big picture is one of the things that separate the pros from the noobs in mastering.

Adrian began his audio career as the recording engineer for the rock bands he performed in as a teenager in Buffalo. He was so good at it that he landed a full-time gig recording concerts at the University of Buffalo.

After graduating from Princeton, Adrian worked for various studios and music houses in New York City. In 1990 launched Adrian Carr Music Designs in midtown Manhattan, a studio that became recognized for its excellence in acoustic recording. In 1998, Adrian met Vlado Meller, the chief mastering engineer at SONY.  At that time, Vlado's clients included The Red Hot Chili Peppers, Barbara Streisand, Linkin Park, Rage Against the Machine, and Celine Dion. That really changed Adrian's trajectory! With Vlado's instruction and help, Adrian switched over to mastering and was able to open his own mastering studio.  During his 10 years in the Big Apple, Adrian worked in many genres from private projects to major label releases where he was able to gain experience and expertise.

In 2008 Adrian opened ACMastering, a division of his music company in Montreal, Canada where he worked with artists from Canada, US, England and Spain. After receiving his Ph.D. from Princeton University, Adrian moved back to the US to lead the music technology program at The State University of New York at Plattsburgh. He opened up his mastering facility in Plattsburgh, NY.

Let Adrian's experience and vision bring out the best in your music.

AAZED:  Those Who Worship Vanity Forsake Their True Loyalty  Ironcore Records, Ottawa, ON

Elenor Bindman/Susan Sobolewski: Out of the Blue, Duo Piano Ensemble

Harold Jones: Just As I Am: Antara Records